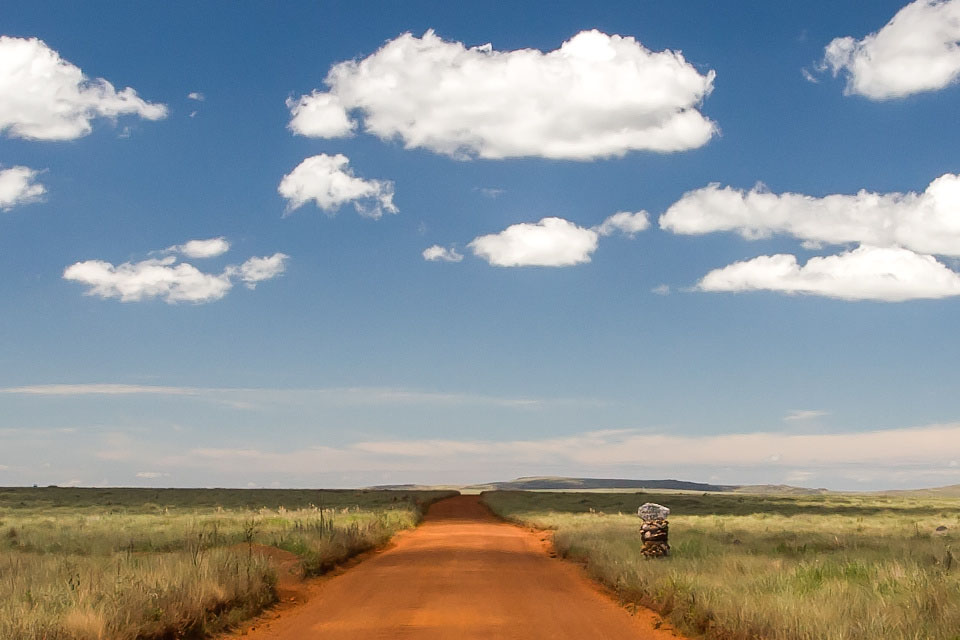 In rural areas and developing countries roads are the lifelines to survival. Without roads citizens cannot export their crops, mining, and other goods, children can’t get to school, and medical emergency vehicles cannot get in and out to rescue the citizens in the event of an emergency. Roads are something that are taken advantage of and not often thought of but for those that have experienced living in rural areas and their infrastructure limiting their livelihood they will never forget.

The troubles with roads in rural and developing areas are that the budgets are often stretch very thin. For example, in the United States a rural county might have over 1,000 square miles of land to maintain with 5,000 citizens making the area’s population density very low thus providing the county with very little income for their infrastructure. In the case of a rural county many of the roads will be unpaved since the budget does not allow for the road to be paved but more importantly the traffic does not warrant the need to pave the road. Many of the citizens are accepting of having the unpaved roads in the rural areas but they are not accepting of the common rutting, roads getting washed out, dust caused from traffic, etc. which is why the county struggles the most with maintenance.

Perma-Zyme is a soil stabilizer that permanently bonds the soil particles together in the soil and lasts 10-15 years when used on an unpaved surface. Many rural areas in the United States and developing countries throughout the world have utilized Perma-Zyme with their rural road construction and maintenance with great success reflected in the budget and the citizen’s satisfaction of the infrastructure.

When most people think of unpaved roads, they think of a dirt road that is rutted, produces dust, and trashes their vehicle and for the most part that is right. Unpaved roads are often under-maintained which causes rutting, wash boarding, and even times the road cannot be used. Most counties and entities leverage a gravel base as their maintenance, the gravel is applied and graded onto the road to alleviate the soil as the bearing surface theoretically decreasing the dust and rutting. The gravel that is applied to the road will eventually wear away, it will sink down into the soil, migrate to the shoulder of the road, etc. At this point the road maintenance team would need to come back to the road and reapply more gravel to the road. This step is the step that most entities lack because of budget and time constraints.

Albeit the application process of Perma-Zyme is slightly more labor and time intensive, most customers view their investment to be payed off within 12 months because the need of maintenance has been eliminated. Some customers find that they prefer to apply a thin gravel top layer to the treated surface to increase the friction for traffic. This topcoat is applied infrequently and also not necessary.

In many rural areas paved roads are a thing of luxury and cannot be obtained or even maintained. In the areas that require paved roads the roads will often become filled with potholes, cracks, sink holes, etc. and the citizens will have to deal with the poor conditions of the road because of the area’s budget. Paved roads are expensive anywhere in the world but even more expensive the rural areas because of the lack of equipment and materials in the area.

In most paved road instances, the paved road base is the most expensive part of the construction process. The road would have to be excavated and hauled out to another location and all new material for the base to be hauled into the construction site, in most cases this would be a Type II aggregate. The Type II aggregate provides a nice stabile base for the asphalt, the asphalt provides the strength and bearing surface for the traffic.

Another option for rural area road construction would be to use Perma-Zyme to treat the base of the road. When using Perma-Zyme to treat the base of the road there is no need to haul out the old material and haul in the new material, thus saving the entity tons of money. The other advantage of using Perma-Zyme to stabilize the soil and treat the subbase is that the strength is greatly improved and even stronger than most Type II applications. With that in mind and the areas being a rural, low traffic road the design requirements can be much lower. In fact, most rural roads do not require a paved road for strength, they require a paved road for ease of use and citizen satisfaction. Because of the design requirements of the road and the strength of the soil treated with Perma-Zyme most applications can forgo the asphalt layer and just put a couple layers of chip seal. In this case, the base that has been treated with Perma-Zyme is providing the strength for the road and the chip seal is providing a nice bearing surface for traffic.

With the idea in mind of using Perma-Zyme to treat the base of the paved road and only applying a few layers of chip seal to the top of the road, the cost of the road is dramatically decreased, up to 80%. Because the results of Perma-Zyme can be leveraged in paved road construction the distant thoughts of paved roads in rural areas can be achieved and repeated.