Garbage disposals, drains, and septic tanks are breeding grounds for nasty odors.  These are the tough-to-clean plastic and metallic surfaces where fats & greases dwell, acting as a food source for odor-causing bacteria.

Bacto-Zyme is an enzymatic odor killer, cleaner, and degreaser.  It is 100% biodegradable, does its job quickly and efficiently, and then vanishes from the environment, posing no health hazard.

Bacto-Zyme can be safely discharged into publicly-owned water treatment systems (since many of them already use Bacto-Zyme as a regular part of their process), or released onto soil, directly to the environment, free of harmful effects.  Regular use in wet-wells, grease-traps, septic systems, and more, will keep them free-running and clear of nasty smells. 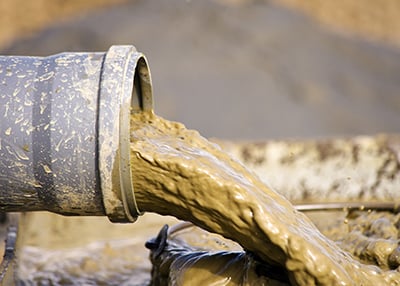 Drains, septic tanks, and garbage disposals are the places where odors flourish and thrive.  With Bacto-Zyme’s surfactants to infiltrate and break loose stubborn deposits, it becomes simple to emulsify accumulated oils and fats.  This exposes more surface area and allows an increase in microorganism activity to digest and destroy these unwanted substances.

Bacto-Zyme’s pH ranges between 3.0 and 4.0, and it works effectively between 3.0-9.5 pH, covering most conventional situations usually encountered.  It has a mild, inoffensive odor, is nontoxic, possesses no known allergens, and can be used in poorly ventilated areas.  It is entirely biodegradable, non-inflammable, non-abrasive, won’t harm painted surfaces, and rinses clean with just water.

Bacto-Zyme is also approved as a general purpose or steam cleaner, by the USDA, for establishments operating under the Federal Meat and Poultry inspection programs.  Pour it on or spray it on surfaces to be cleaned.  Workers don't even need to wear protective clothing when using it.